Fasten your seatbelts, it’s gonna be a bumpy ride 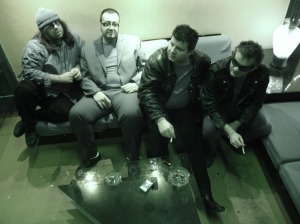 Looks like the New Zero God are doing very well…

And you can find more good reviews on Nachtaktiv, Gothic Family and Musiikreviews among lots of others.

Left As In Sinister Records who distributes the New Zero God album in Australia announced a special remix of the hit of the album “Kiss the Witch”.

On the other hand, the album will be released on a special limited vinyl edition during the forthcoming September.

Since my yesterday post had to do with a Greek band which is releasing music through a French record label, why not jumping back 35-40 years to check an other Greek band that worked in France ?

I know everybody thought I was going to talk about Aphrodite’s Child.

Ypsilon, as you may know, stands for the Greek letter “Y”.

Why they picked that name…? I have no idea but if you like prog rock and never heared of them before, just listen to this song:

Ypsilon were a Greek trio, formed in 1977 by Loucas Sideras (former drummer of Aphrodite’s Child…yes, you were that close..), piano and keyboard player Lakis Vlavianos (appeared on Demis Roussos’s albums before and after forming Ypsilon).

They released the album “Metro Music Man” in 1977 in a sophisticated pop/rock music style, at the edge of prog rock.

They managed to develop a style more of their own on the more synth-dominated tracks, such as the one that follows.

Like I said, Ypsilon was a trio and I haven’t mentioned anything about the third member of the band, bass player Dimitris Katakouzinos.

Katakouzinos was a former member of the band Axis.

A band consisted by Greek musicians in Paris, that was formed in 1971 to start their short lived career with a European hit.

They released the traditional Greek song “Ela Ela” on a 7” single and found their way to the European charts enabling them to release three albums and three singles.

Their sound varied from hard rock to traditional free-form jazz and Canterbury prog-rock.

Alexandros Fantis took over the bass and Christos Stassinopoulos joined on the percussions. 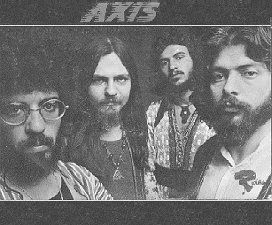 Axis were former members of late 60’s Greek pop/rock bands such as The Juniors and We Five.

They split in late 1973, with Christos Stassinopoulos joining Clearlight.. 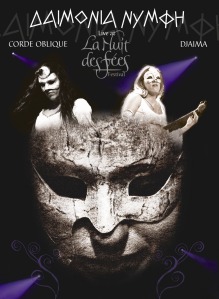 The band uses musical instruments like lyra, varvitos, krotala, pandoura and double flute made by the famous Greek master Nicholas Brass to recreat an Ancient Greek style music that could be categorized as ethereal, neoclassical, neofolk or gothic.

They were formed in 1994 by Spyros Giasafakis and Evi Stergiou and released their first album through the French label Prikosnovenie.

The band is composed on stage by  3 singing female nymphs and 3 musicians, recreating the atmosphere of a Greek tribe singing Orphic and Homeric hymns and Sappho’s poems for Zeus or Hekate.

The DVD will be for sale from the website of Prikosnovenie until September and then it will be also distributed in the record shops.

Its been about a year since I last posted something about the Greek band Infidelity.

Today I found two videos of theirs and thought it would be nice to share them with you.

‘In The City’ is the second official video clip from the same titled album of Infidelity. The video was created by Harris Pallas.

The first Official Video Clip from Infidelity’s latest album, ‘In The City” is the next one.

The video was created by Kostas Peppas . Enjoy it!

Michalis Galaios is not unknown to the Greek underground rock audience.

Since 1989 he was the leader of the Greek post-punk band Erevos, writing the songs, the lyrics and playing the guitar parts for their three albums.

He joined later the band Lost Bodies as a bass player for several years.

Lately Galaios has his personal project again, Mavres Comodies (engl. Black Comedies) dealing with electronic experimental soundscapes that come from the darkest corners of the soul.

For two years he was writing music on scripts and poetry by Allen Ginsberg, Arthur Rimbaud, Gustave Flaubert, Costas Kariotakis, Nikos Kazantzakis and others.

Yesterday, May 3rd 2010, Mavres Comodies had their first gig at Camelot coffee-bar in Athens.

With the guitar in his hands and a lap top in frond of him, Galaios uncovered his experimental project which sometimes took me to the days of the album “My life in the Bush of Ghosts” and some other times reminded me of the Residents, Japan, Robert Fripp…

For the next hour, Marina Danezi took over the microphone while black and white short movies behind her were creating a haunting atmosphere.

“I am still working on this project” Galaios mentioned a little after the show.

“There will be a full band on stage in a few months but I want to put some final touches on some details that have to do with the project’s live performance”.

You can listen more here.

Posted by panole8riambos on May 4, 2010 in Concerts / Performances, New Wave / Dark Wave