Dardem fuses Rock and Electronic Music. With a personal and innovating sound which integrates strength and sensibility with a unique style they take compositions to territory that has remained unexplored by Spanish musicians. For the past five years they´ve been working hard to establish themselves as a pioneer project in their country.

Performing for years, Dardem has played gigs in most of the big cities of Spain. They´ve collaborated on films, publicity, contemporary dance, and multimedia art, all thanks to the spectrum of their music.

They launched their first studio album “Nada” in March 2010, along with the two singles “Nada” and “Sin Miedo“, both of which include respective video clips. The album was completely self-produced by Dardem.

The band’s second album, “Inerte” (2012), was named as a critic of the social moment that Spain has encountered regarding banks, corruption, and quite simply means that sometimes the people act like they are “inerte” (lifeless / without life) in this situation.

Recorded in Sonobox Studios, one of the finest studios in Spain, and was produced by Manuel Colmenero and Javibu Carretero, well-known for their works in Spain and South America.

Their music is subtle and elegant, although in live performances they bring out their strength, making their elegant style very dynamic.

In any case, the most important element of Dardem is to deliver versatile and multidisciplinary music. They have a unique kind of feeling, their own tempo, and bring a powerful emotion to the stage with every performance.

Ending the Vicious Cycle is a gothic rock band from Dallas/Ft. Worth, TX area heavily influenced and compared to Bauhaus and The Sisters of Mercy, though they also draw inspiration from Jrock and Japanese EGA. The band was formed in 2009 by singer/guitarist Toby Rider. Originally from Tainan, Taiwan, Rider cut his musical teeth in the dark music scene of ‘80s Los Angeles at clubs like The Scream opening for Jane’s Addiction and playing alongside Ex-Voto. After relocating to Texas, Rider recruited Johnny B. on guitar and keyboards, Bill Hammon on bass, and Chris Rayburne on drums to finalize the line-up for EVC.

The music of EVC has a heavy dark rock feel, and is characterized by Rider’s introspective lyrics and elegant baritone over booming bass and melodic synth lines. They self-released a four song demo in 2010 and an EP, Ghosts, produced by Raymond John Ross in 2012, but gained much more notice for the single “1,000 Words” mixed by Voe Saint-Claire of The Angels of Liberty. Saint-Claire continues to collaborate with the band, mixing and producing their upcoming full-length album Big Black Heart scheduled for release in late 2013.

The Arch – New EP to be released soon… 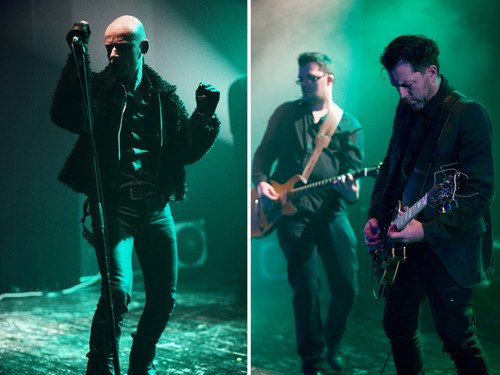 In 1986 a lot of new things were happening in Belgian music.

A new scene created opportunities for young bands who wanted to try something new and one of these bands was The Arch.

Their music was an original mixture of EBM and guitars.

The Arch sent their first demo, “Revenge Revival”, to Dirk Ivens’s Body Records and the track appeared on the compilation “ Expo ‘87”.

Ludo Camberlin immediately felt the potential of the band and released their first EP “As Quiet As…” on Anything But Records.

Soon it was clear: The Arch had to focus abroad where their music was called “crossover”.

There were gigs in Holland, Germany and former Yugoslavia and their music appeared on alternative hit parades all over the world.

After 6 records it became a little bit quieter but 2 compilation albums were released in Germany in that period.

A brand-new album, “Engine in Void” was released on the German label Echozone, and everything went in the fast lane again : in 2012 there were gigs in Belgium, Germany, Holland, Spain and Hungaria.

Exit Strategy is a solo project by B. Waddon…… it fuses many different sounds together to hopefully produce
something that is new and a bit different from the rest……….it encompass sounds mostly from Punk, Post-Punk, Prog-Punk, Metal, Goth, progressive, and Alternative…….

Debut album “Exit-Strategy I” was released on the 27/08/2012 and is available to buy via Bandcamp.

As of 2013 Exit Strategy are signed to Zorch Factory Records label.

Hang Massive is a recent collaboration between Danny Cudd and Markus Johansson. The duo first started playing in the summer of 2010 and since then have performed all over the world. They are gaining recognition globally, captivating their audiences with their powerful yet soothing performances.

They have had over 4 million views on youtube and their debut album ” Beats for your feet ” ( 2011 ) has received great reviews. DOWNLOAD ALBUM HERE

To date Hang Massive have released one recording entitled ” Beats for you feet “. It is collection of live recordings from a studio session in the UK as well as recordings from a live concert in Goa. The final tracks include music from Baba ALex who also featured on Dannys solo album ” Timelessly Free “.

In October 2012 a wonderful group gathered at The Wind over the Earth studios in Boulder, Colorado.

The music presented here by The Many Rivers Ensemble is a selection of the recordings from that session.

All info taken from their official web site.

Posted by panole8riambos on April 9, 2013 in Music

Last July are a Dark Romantic/Electro-Goth band from the East of England, featuring ex-members of Rome Burns and All Living Fear, who blend dark electronics with driving guitars and strong passionate vocals. 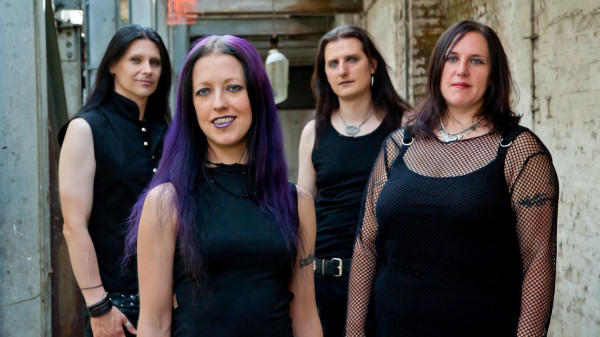 Initially formed as a two-piece, Last July quickly gained a following after playing to a packed audience at the Resolution Hotel during Whitby Goth Weekend in October 2009, closely followed by a favourable article in Unscene Magazine. After a number of gigs across the country they released their dιbut EP ‘Nothing Else But You‘ gaining welcoming reviews and airplay on internet radio. In 2011 Last July’s sound and stage presence increased tenfold with the addition of Nevla (ex-Rome Burns/All living Fear) on guitar. The band went from strength to strength with a string of successful gigs including festival appearances and support slots with some all-time goth greats.The following year saw them embark on recording their first full-length album ‘A True Story of a Lie‘ before going on to increase in number, welcoming new bass player H (ex-Rome Burns) into the fold. A very successful gig on the main stage at Whitby Goth Weekend marked the culmination of their best year so far.

Heading into the new year infused with confidence and with the writing of their next album already producing strong material, you can expect to see a lot more of Last July in 2013.