Buildings and Food has announced the debut album ‘Quick Beat Save’. Hailing from Toronto, this is the artist persona of Jen K. Wilson, an independent Canadian music artist espousing electronic avant pop.

Ahead of this release, she offers a beautiful teaser in the way of lead track ‘Slow to Reverse’, which shows strong leanings towards cult indie pop outfit Stereolab melody-wise but is more stripped down.

Influenced by glitch, classical music and pop, Buildings and Food is Jen’s first solo musical project. Trained in classical piano and visual arts, Jen spent many years playing guitar and drums in various indie bands before embarking on a career as a visual artist.  She has recently returned to music, getting her hands dirty with her DAW and finally playing keyboards.

In 2015, Wilson had a strong impulse to begin recording again, creating music that represents a significant departure to anything she previously released through other projects. Thus was born Buildings and Food.

“This release marks a return to music-making for me, after a long tenure as a visual artist.  While working on these recordings, I was greatly inspired by the early demos of Glenn Tilbrook and early Squeeze recordings, A.C. Newman, Jimmy Tamborello/Dntel, Daft Punk, and The Rural Alberta Advantage,” says Jen K. Wilson.

“I enjoyed mixing in analog sounds to the primarily digital tracks I created for these recordings, building loops and using found sounds, then adding guitars, percussion and sometimes vocals.”

‘Quick Beat Save’ will be released on CD on November 2. Avalable via online stores and streaming platforms, such as Spotify, it can already be ordered via Bandcamp.

Posted by panole8riambos on October 18, 2018 in Alternative 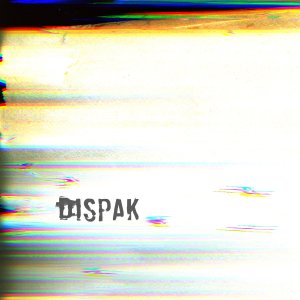 Dispak is the synthesis of electronic music composers/producers Chris Child and Kasson Crooker.

Over the past 20 years, Chris through his moniker Kodomo and Kasson through Symbion Project have released a wide breadth of electronic music drawing from ambient techno, IDM, downtempo, and cinematic soundscapes.

After years of struggling to collaborate on opposite sides of the country, it was best to get into the same studio.

An intense week of live experimentation using an array of early modulars, pedals, and drum machines resulted in their 3-song EP ~ DISPAK 01.

Kodomo is moniker for electronic music producer and composer Chris Child, based in Brooklyn, New York.

The alias, Kodomo, the Japanese word for “child” references his upbringing in Japan.

Inspired by musicians such as Brian Eno, Cabaret Voltaire, and Boards of Canada, Child’s Kodomo work is often melodic and dreamlike in nature, drawing from orchestral music, synth pop, and IDM, among many other styles.

During 2007 and 2008, his Kodomo releases, including the album Still Life, were issued on the 5 Points label.

He self-released the 2011 album Frozen in Motion.

Posted by panole8riambos on October 18, 2018 in Electronic

Indarra brings together touches of the haunting mystical qualities of Rhea’s Obsession along with activism, social issues, and empowerment into a timeless sonic tapestry.

Indarra will release their exotic debut album entitled ‘Walk On Fire‘ on Metropolis on November 9, 2018.

Indarra will also make their live debut on Saturday, October 27th 2018 at Cattivo in Pittsburgh, PA.

Posted by panole8riambos on October 18, 2018 in Alternative