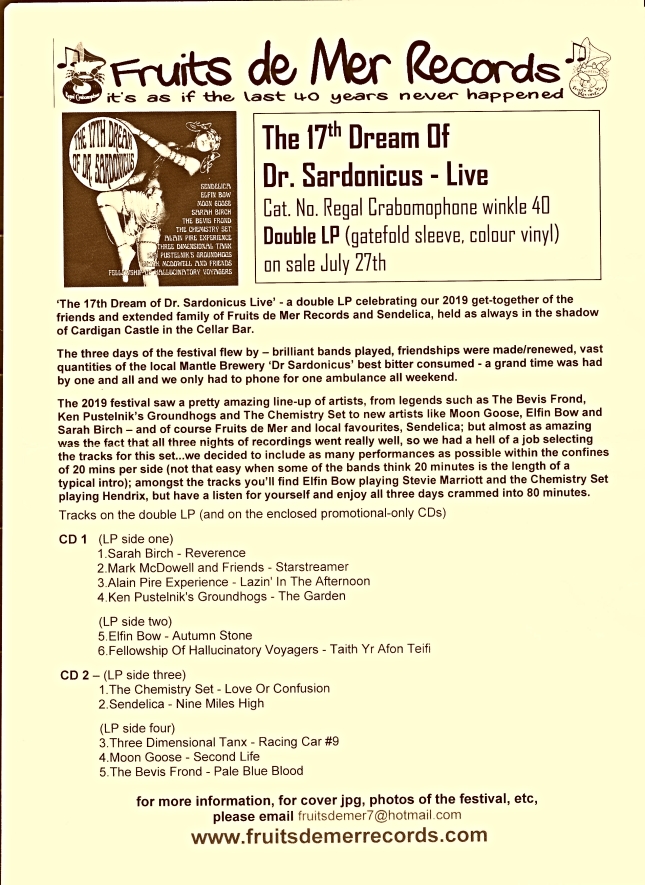 Aza Records is a collective of Greek independent bands that came together in order to promote their music.

Every now and then, they put out a free compilation and they felt it was about time for their 6th one.

To keep up with Aza Records

Posted by panole8riambos on April 30, 2020 in Compilations, Rock

ENGLISH: As you might know, we recorded last year a cover version of “Summer Wine” feat. Anarchistwood from London. We present to you today the great video of this track, edited by funkcutter of Anarchistwood.

Posted by panole8riambos on August 7, 2019 in Alternative, punk rock, Rock

Evil Spirits is the new album of The Damned that came out Friday 13 April 2018.

This is the 11th album of the band released 10 years after their previous, So, Who’s Paranoid.

It was largely crowdfounded by Pledge Music and produced by Tony Visconti.

Paul Gray is back on bass (initially he contributed to The Black Album and Strawberries but left the band in 1983), replacing Stu West since September 2017.

The rest of the band are still there: Dave Vanian, Captain Sensible, Monty Oxy Moron, and Pinch.

I like the 10 tracks of Evil Spirits cause it takes the band a step further from So, Who’s Paranoid having a richer production and it is not only Tony Visconti that did a great job…

Since the first single of the album, Standing On the Edge of Tomorrow, came out, it was obvious that we’ll have to deal with well-crafted songs.

The Damned are throwing all their pop and psychedelic influences in the mix, offering us a beautiful and mature album.